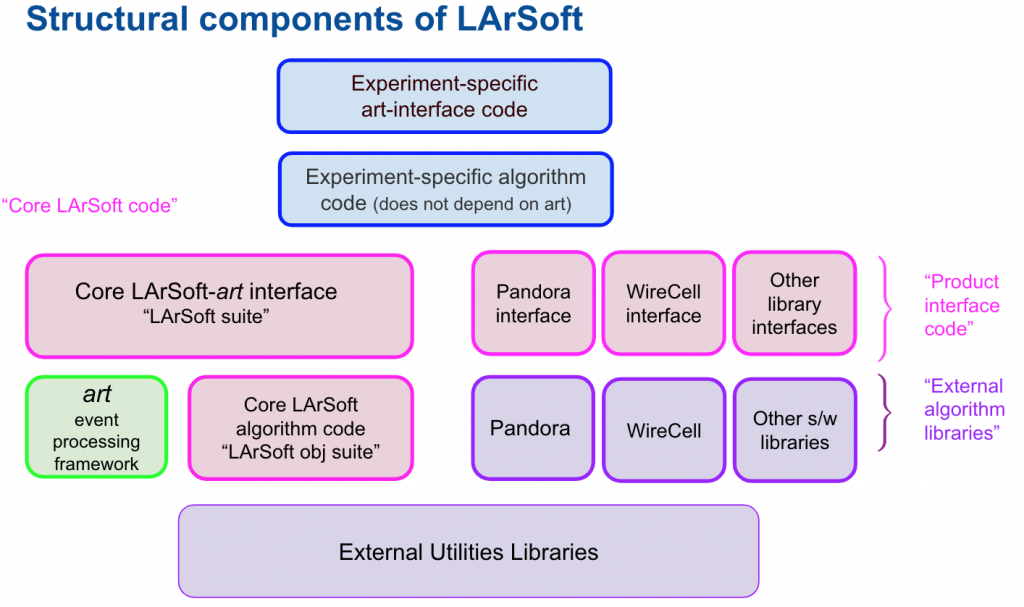 The core LArSoft code is organized into git repositories as follows.

The build procedure creates and installs a UPS product from each repository. (A UPS product is a software package set up and distributed via UPS, Unix Product Support.) Each UPS product is entirely self-contained, aside from dependencies.

A LArSoft release is a consistent set of LArSoft UPS products built from tagged versions of code in the repositories. Each release of LArSoft has a release notes page that can be accessed. The release notes list the purpose, new features, breaking changes (and how to work around them), dependencies, changes and a link to installation instructions for the release. The table can be found at:  https://larsoft.github.io/LArSoftWiki/releases/LArSoft_release_list

Code organization within a repository

Each repository has a similar organization: