The simulation is a chain or series of steps each modeling a specific physical process. The following picture describes the general workflow and the products for neutrinos from an accelerator beam. Each piece will be described in detail. 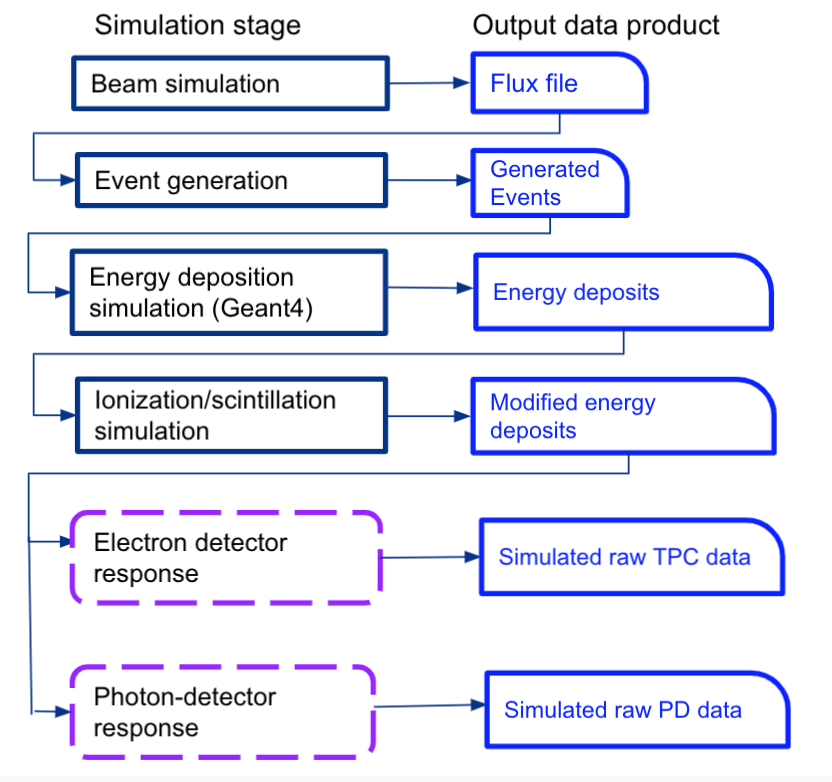 The neutrino beam simulation generates a simulated neutrino flux hitting the detector by combining beam target and detector geometries with information about the incident particle beam from the accelerator, hadronic physics, energy loss and particle decays.

Incident particles are 120 GeV or 8 GeV protons for NuMI or BNB, respectively, or 60 to 120 GeV protons for LBNF. Primary tools are Geant4 and PPFX. In principle, fluka together with flugg can be used as well.

The neutrino beam simulation is external to LArSoft. Note that flux files created from solar, atmospheric, astrophysical, KDAR, or other arbitrary neutrino sources can also be used as input to subsequent stages in the simulation workflow.

Detector simulation produces synthetic data equivalent to the one observed in the detector given generated events as input. It is usually split into steps:

The stage of converting energy depositions into “raw digits” involves the technology of the detector. LAr experiments can make use of code sharing due to similarities.

Some experiments that involve light collection use Geant to do that part of the simulation, either directly embedded in the framework, or as a separate simulation that provides distributions that can be sampled (mostly for speed and efficiency.) 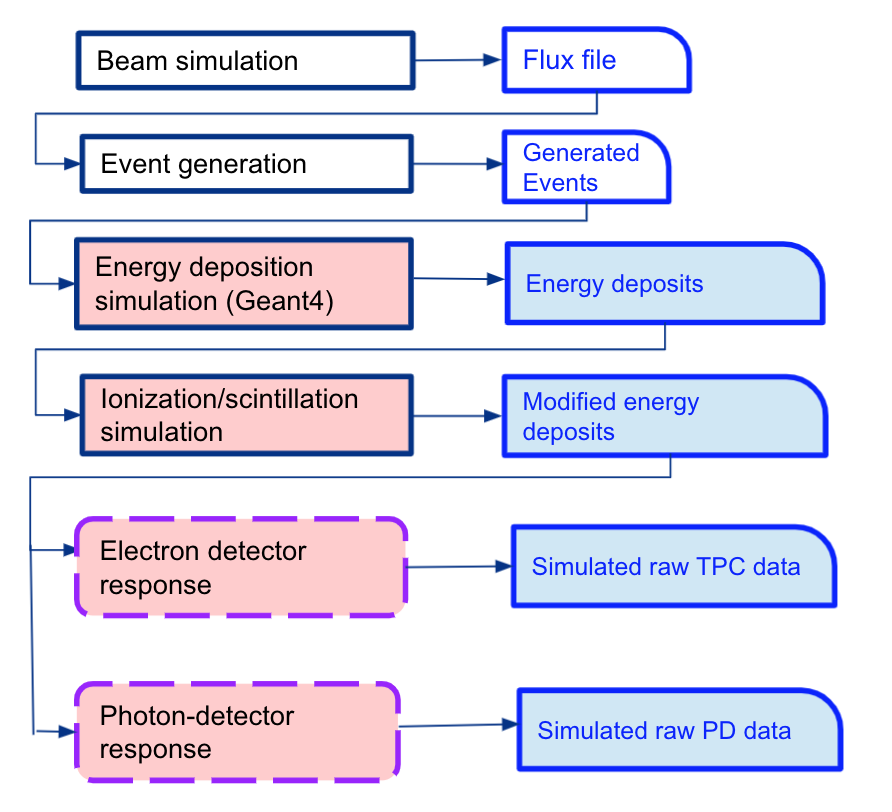